Home
Zetronix Blog
The Ultimate guide on how to find wireless hidden cams in private spaces
Product was successfully added to your shopping cart.

Now that tech gadgets have become smaller and cheaper, and it has become absolutely easier to install hidden cams almost anywhere and everywhere. Once you start noticing, you will realize that cameras are all around you. Be it a parking lot or traffic signals; the hidden cameras has become an essential security gadget these days.

As beneficial as a hidden camera is, there are certain limitations to it. People have also used it to violate personal spaces, and hidden cameras have often been a reason of many scandalous events over the past few years. It has been used for the exploiting people and threatening their reputation more often than being used for the security reasons, and this is what has made the presence of a hidden spy camera a little suspicious.

To clear up the speculations regarding this beneficial gadget here is everything that you need to know regarding its usage, its placement and much more:

What is meant by private space?

Since we have talked about how the violation of personal space by using hidden cams have been the talk of the town from few years, it is essential for us to have a comprehensive understanding of what a person is. According to the legal definition of personal space, it is a place where the person expects to have privacy and psychologically considers it theirs’s and its most common example include a person’s home. Likewise, if we rent a hotel room, we expect it to be our space, even though temporarily. Therefore, privacy has to be kept intact within the personal spaces, and anything otherwise would be considered illegal and unethical.

Is hidden cam legal or not?

The laws regarding the hidden cams vary from state to state. However, they all share the common grounds of privacy, i.e. ‘they are not allowed in places where people have ‘reasonable expectations of privacy’, for example, in places like bathrooms, hotel rooms, or lockers rooms. However, if there are hidden cams right outside such sites, then there should be sign intimidating the person that they are under surveillance. However, in public places like shopping malls or streets, it is legal to use security camera’s whether hidden or visible ones.

What types of devices can be used as a hidden cam?

Remember those little spy cams that we used to see in James Bond or Sherlock movies? They have found their way to the real world! As thrilling as it may sound, they come with both pros and cons. They can provide you with ample security but can simultaneously be used to violate your privacy. Hidden cams come in a wide variety of shapes, colours and sizes.

They can be a mere small lens that can be placed anywhere, thus, making it unnoticeable. Moreover, they are often disguised as some other object like a toy or some different sort of décor item. Hidden cams can be wireless or wired, depending upon its type. They can be connected to phones via Wi-Fi if they are designed for it. You will find a wide variety of hidden cams, all with unique functionality and features.

How to protect yourself from hidden cams?

People often don’t regard the legalities regarding the hidden cams and do not shy away from putting them without any sign for malicious motives. Therefore, one must be vigilant in such places and should try to look for the following things to make sure that you are not being watched without your consent:

What to do if you find a hidden cam?

First of all, you don’t need to panic! Cover the device or lens when you find it. The second step should be to inform the authorities if you are living in a hotel or if it is in your house, then you must contact the police right away. It is vital for you to get to the details like, who is trying to spy on you, what are their plans and to recover the footage that has been recorded so far. Barging someone’s privacy is the biggest of crimes, and you must not let it go or take it casually.

Why selling hidden cams is legal if there are so many risks associated with them?

This is a very genuine question that is often raised regarding the hidden cams. Like any other tech gadgets, hidden cams have their benefits and drawbacks, and both can not overshadow one another. They are lifesavers for many like they are best suited to be used as nanny cams and keep an eye on your kid and your babysitter. However, it’s the usage of anything that makes it good or bad, and the same goes for the hidden cams. 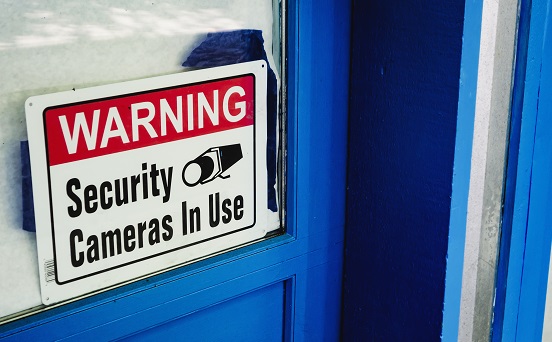 To put things into perspective, hidden cams are beneficial devices that are making the surveillance stronger and better than ever. However, there are always some people who find their way to misuse such gadgets, but that doesn’t altogether wrong the entire notion of using hidden cams. All you need to do is to remain cautious, mainly, in private places like hotel rooms or public washrooms. You must know your rights and how to react to such unfortunate situations. Be vigilant and make your safety and privacy your priority!