The store will not work correctly in the case when cookies are disabled.

What Is The Difference Between an AI camera And General Camera? Al cameras are more sophisticated than simple cameras. They usually have better lenses and can produce better-quality images. Al cameras may also offer more features, such as the ability to shoot in RAW format or control exposure and white balance. Following are some of the significant differences between an AI camera and a simple camera 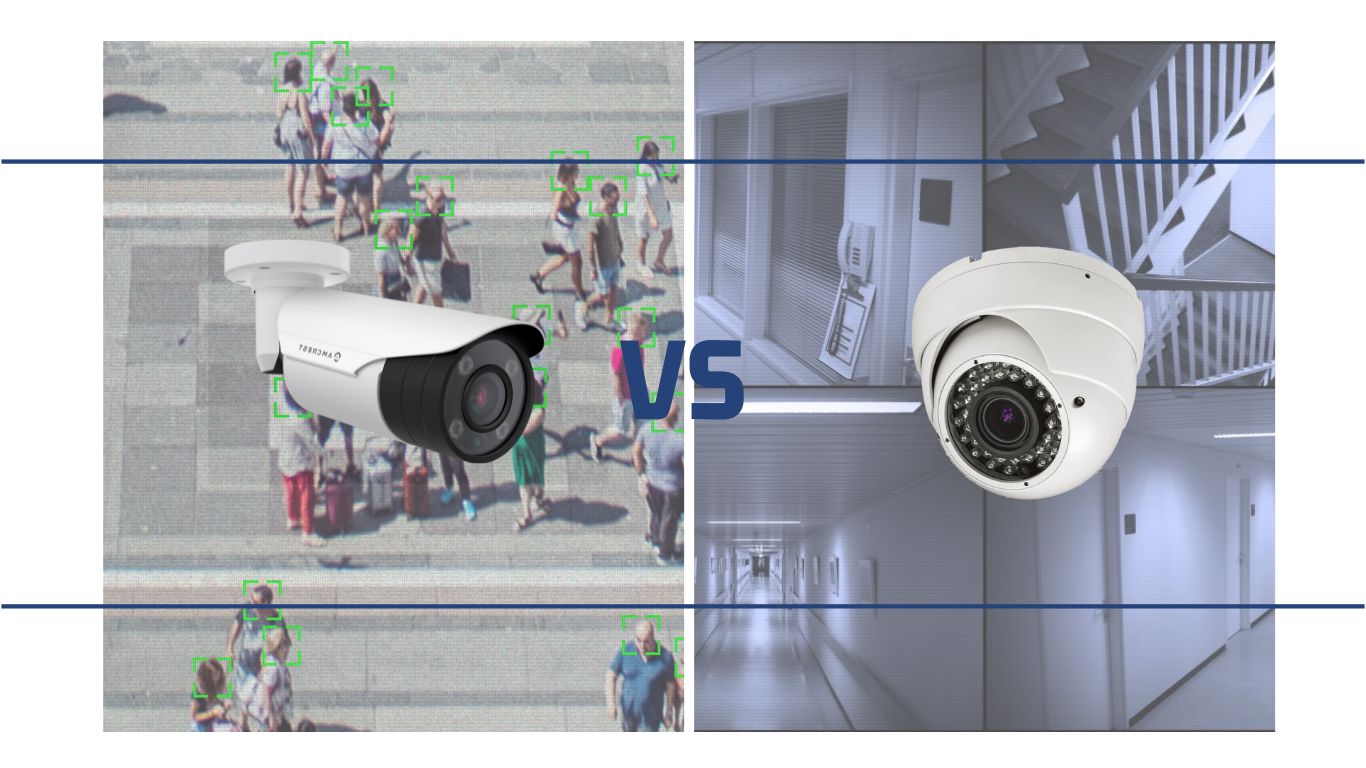 Differences in features between Al camera and general camera

There are several critical differences between Al camera features and simple cameras.

Al cameras are equipped with automatic image stabilization (AIS) feature, which is designed to reduce blurriness in photos caused by camera shake. This is accomplished by using a built-in gyroscope to detect when the camera is moving and compensate for that movement by shifting the lens in the opposite direction. AIS is beneficial for taking pictures in low light conditions or when zoomed in when any camera shake is magnified and can easily ruin a photo. This feature make at the best camera for car or any other vehicle.

Simple cameras, on the other hand, do not have this feature. As such, they are more likely to produce blurry photos if the user's hands are not entirely steady. This is not to say that simple cameras cannot take good pictures.

One of the most apparent differences between Al and traditional cameras is that Al cameras have facial recognition technology. This technology can quickly identify people's faces in a crowd and even determine their expressions. In addition, this technology can also be used to track people's movements. For example, if a person is walking in a certain direction, the camera can follow that person and record their movements.

On the other hand, traditional cameras do not have this facial recognition technology. As a result, they cannot identify people's faces or track their movements.

Second, Al cameras usually offer more advanced image processing capabilities than simple cameras, such as the ability to adjust exposure and white balance automatically. This means that they can automatically improve the quality of images and videos. For example, if a vision is blurry, the camera can automatically sharpen it. In addition, Al cameras can also stabilize videos so that they appear smoother. On the other hand, traditional cameras do not have these advanced image processing capabilities. As a result, the quality of their images and videos may not be as good as that of Al cameras.

Al cameras are equipped with a "night vision" feature that allows them to see in low-light conditions. They also can record video footage in HD quality. Simple cameras, on the other hand, do not have these features. This feature makes the AI camera ideal for use in surveillance applications.

AI camera can be connected to the internet.

Some general differences between AI cameras and general camera

Following are some of the general differences between AI cameras and general cameras. These differences are based on the user experience of the devices.

Al Camera is easy to use

AI cameras are easy to use and are perfect for beginners. They usually have a point-and-shoot design and come with automatic features that make it easy to get great-looking photos without much effort. On the other hand, in a simple camera, a photographer has to adjust the setting manually according to the condition.
Simple cameras are better suited for experienced photographers who know how to take advantage of all the features and controls they offer. These cameras usually produce higher-quality images and provide more creative options.

AI cameras are small and easy to carry compared to a simple cameras.

Also, AI cameras are typically smaller and more compact than DSLR cameras. This makes them easier to carry around and use for everyday photography.

So, which type of camera is right for you? It depends on your needs and preferences. If you're starting out in photography, an AI camera may be a good option. A DSLR camera may be a better choice if you're more experienced and looking for a camera that offers more control and better-quality images. Ultimately, it's up to you to decide which type of camera best suits your needs.