The store will not work correctly in the case when cookies are disabled.

How Can I Tell When My Camera is Not Recording Properly? If you have a surveillance camera, it's essential to know if it's not recording properly. Otherwise, you could miss important footage or even put yourself at risk if the camera isn't capturing everything it should be. Following are some indications that your camera might be working properly. 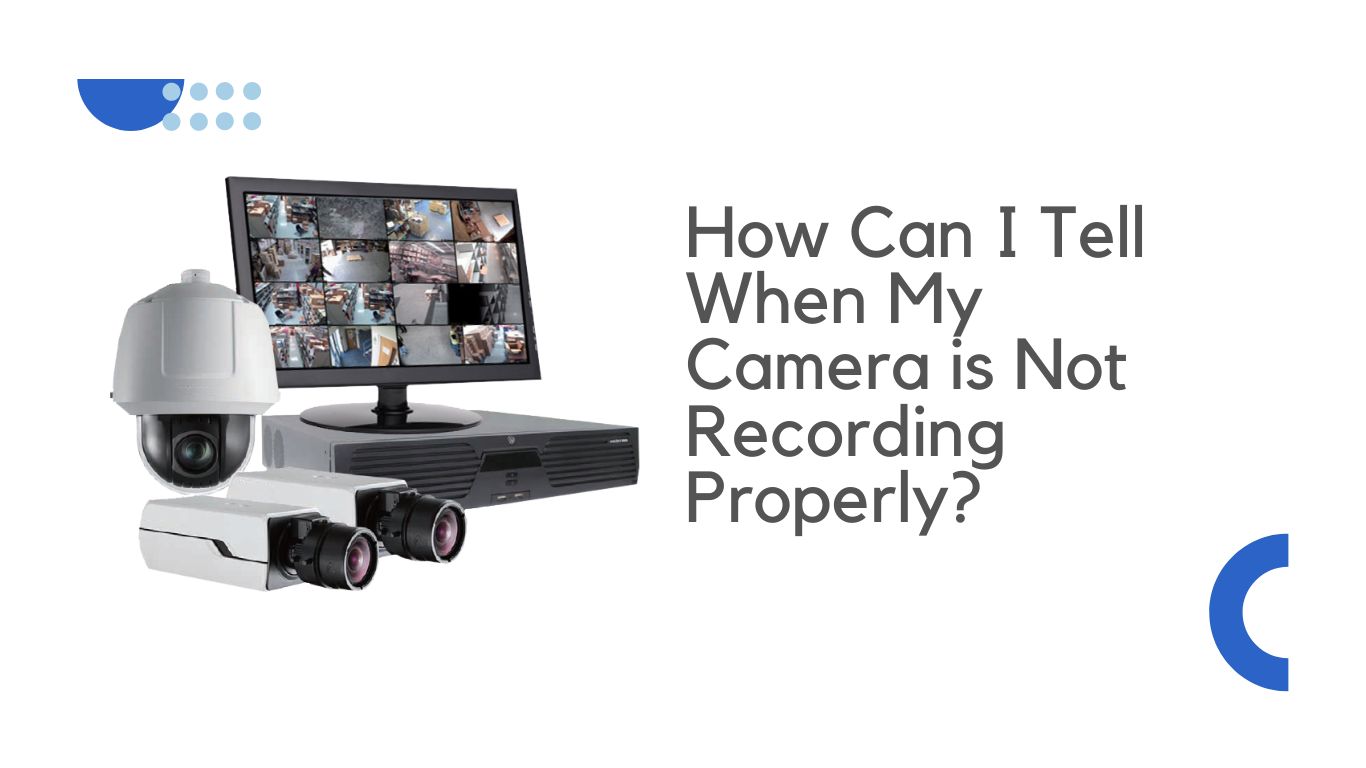 Problem with the power system

There are a few signs that your surveillance camera might not work correctly. First, check the power system of the camera and if it is a solar-powered surveillance camera, then check your solar panel and ensure it's clean and unobstructed. If the panel is dirty or blocked, it won't be able to get enough power to run the camera properly.

The footage is blurry and pixelated

Another sign that your camera might not be recording is if the footage appears blurry or pixelated. This could be a sign of a low-quality recording device or poor lighting conditions. If you notice this, try to adjust the position of the camera or add more light near the area you're trying to record.

Not recording for a long period of time

If you notice that the camera isn't recording for long periods of time, it's possible that the battery isn't being charged properly. This is often due to a problem with the solar panel, so be sure to check that first. If the solar panel seems to be working fine, then the battery might need to be replaced.

There are gaps in the footage

This is the most common sign of something wrong with your surveillance camera. If you notice that there are periods when there is no footage, it's a good indication that your camera is not recording properly. There could be several reasons, including low battery power or a bad connection.

The footage is fuzzy or distorted

One of the main issues people have with their surveillance footage is that it's often fuzzy or distorted. This can be caused by several factors, including low-quality camera equipment, bad lighting, or distance from the camera to the subject. If you find that your footage is frequently fuzzy or distorted, it's important to try to improve the quality of your camera equipment and/or increase the distance between the camera and the subject. Also, it could be a sign that the camera is not positioned correctly or needs to be cleaned.

There are strange artifacts in the footage

If you see strange shapes or colors in your footage that doesn't look like they belong, your camera may malfunctioning. If the artifacts only appear in specific recordings, something such as a power line or other electronic device may be interfering with the signal. If you see these kinds of artifacts regularly, however, it's likely that the camera itself is damaged and will need to be replaced.

The footage is black and white

If your surveillance footage is black and white, it may indicate that your camera isn't recording properly. Check to see if the power supply is plugged in and working correctly. You may also need to clean the lens or replace the image sensor.

The footage is choppy

If the footage from your surveillance camera is choppy, it could be a sign that your camera is not recording properly. An issue often causes this problem with the camera's encoding settings. Check to see if your camera's encoding is set to a high enough bitrate. If it is not, try increasing the bitrate and see if that fixes the problem. Further, if the footage appears to be skipping or jumping, it could be a sign of a problem with the camera's storage system. If the footage is only choppy in certain recordings, there may be an issue with the specific file. However, if all of your footage is choppy, it's likely that the camera's storage system is corrupt and will need to be replaced.

The footage is black

If the footage is interrupted

This could be due to several factors, including low battery power, poor signal strength, or interference from other electronic devices. Try moving your camera closer to the router or resetting the router. If that doesn't work, you may need to replace the camera.
If you notice any of these signs, you must check on your surveillance camera to ensure that it is positioned correctly and clean. If you still have problems, you may need to replace your surveillance camera.