Home
Zetronix Blog
How Do Spy Camera Pens Work? Tips To Make The Best Use Of It
Product was successfully added to your shopping cart.

How Do Spy Camera Pens Work? Tips To Make The Best Use Of It

How Do Spy Camera Pens Work? Tips To Make The Best Use Of It 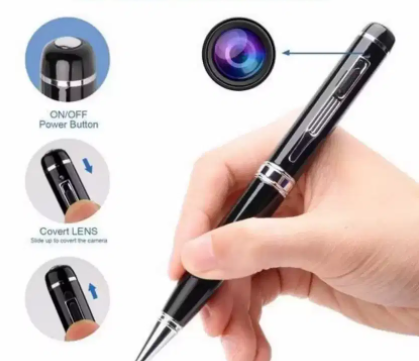 Although spy cams are chiefly used to detect robbery or similar activities, when people mount their spy cameras on their office's main gates or in porches of their houses; but with time there has been discovered many great purposes to use spy cameras for. It wasn't too late until the realization that robbery or stealing is not the only 'event' that needs to be caught. Certain other things take place which if recorded, could be feasible evidence in the footage.

However, it's to be noticed that the spy cameras can't be by our side all along; and it's not only on the outside of a building where events that are worth recording happen. For that, technology has been advanced enough to have introduced the most portable spy pen cameras.

How Do Spy Pen Cameras Work?

Spy pen cameras are literally a pen and a digital camera combined. You just have to tap on the button and since it has an audio recorder along with a video recorder; it would start collecting both for you. The one-button operation makes this low-key device a very cool and portable option to be. The size of the pen camera doesn't parallel the quality of the picture. The camera can be smaller in size but with nice picture quality. Also, along with the recording, you can use this spy camera to take pictures too!

How do you use a high-definition camera pen? 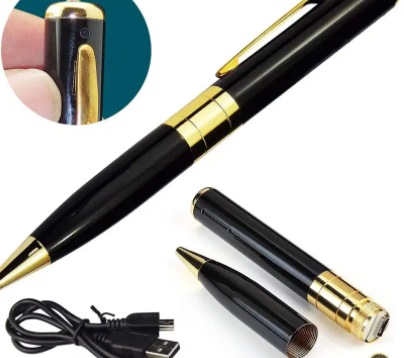 Spy camera pens are commonly used in a variety of different ways, which mainly depend on their specific purpose. For example, a hidden camera pen may be used for recording interviews, speeches, and lectures while a normal spy pen can be used to take notes at school or work.

Often we have a curiosity about how we acted while giving an interview. If you really want to cure that and to become the best figure for any upcoming interviews as well; a spy pen camera should be your friend! You can just keep it in your pocket and it will bring you desired footage!

When you leave your child at home with a nanny, you gotta make sure they are safe as well as how they behave when you are not around. For that situation, you really can not leave a huge camera in your living room since it would already disclose what you're up to. Use your pen spy camera as best you could by placing it at any place where you're sure your child would spend the most time.

Many times when we go to the mall or a parking plaza, a restaurant's drive-through; we notice some people being mean and misbehaving for nothing- and of course they aren't technically doing anything wrong so you're just left with utter disgrace. For moments like that, you have your spy pen. Whenever you feel a person is just over the board abusive and going too far in it, make sure you record the situation just in case you guys end up in a row which inevitably calls the cops.

If you're a teacher and currently have exams at your school, we already know how much hustle it is. Meanwhile, you have to be invigilating a class alone and the huge number of pupils is making you nervous about your performance, you can make sure with a spy pen camera to alert your kids that you'd have footage and any kind of cheating would be caught red-handed. While it makes the job a little easier for you, your kids won't think about budging either! *winks*

5. At a business meeting

Business meetings are often an area of a lot of work and stress. When you feel you may forget or miss some important notes due to hecticness, just have your spy pen camera near you! It would be perfect when it comes to recording the proceedings in the meeting for future reference right from where you're sitting. With this small pen, you won't have to worry about taking notes or recording the proceedings at all! 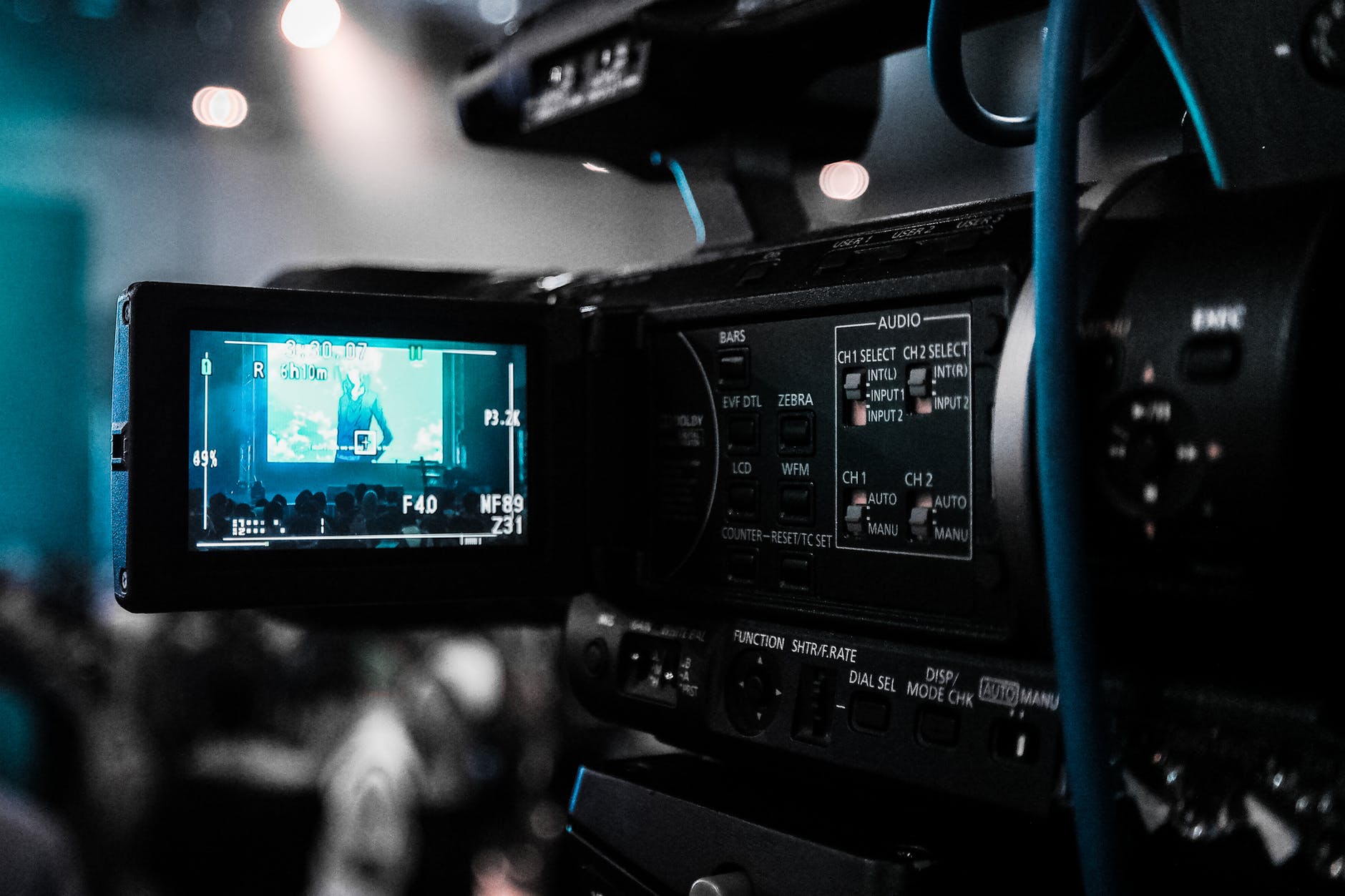 While spying on someone in secret is not appropriate for most reasons, some tv shows use hidden cameras to capture candid moments that would be hard to see with a normal camera. For example, when a tv show is about catching people who are cheating, the team may use hidden cameras to capture someone's actions. Another example would be a show where they try and catch businesses doing something wrong- so they might place secret cameras all around the store and record what happens.

What features should I look for when purchasing one?

If you use a spy pen camera, you'll want to look for one that has high-definition capabilities. This will ensure that when you record video and audio, it comes out clear and easy to hear and see. Also, if the battery in your pen camera is not rechargeable or removable, when it dies you won't be able

How do I record with my spy pen?

How do I view my recordings?

All spy pen recordings are saved to the internal memory of the pen. Once you’ve finished recording, you can plug the pen into your computer via the included USB cable and review your footage. The videos will be saved as . AVI files and the audio recordings

How do you detect a spy pen? 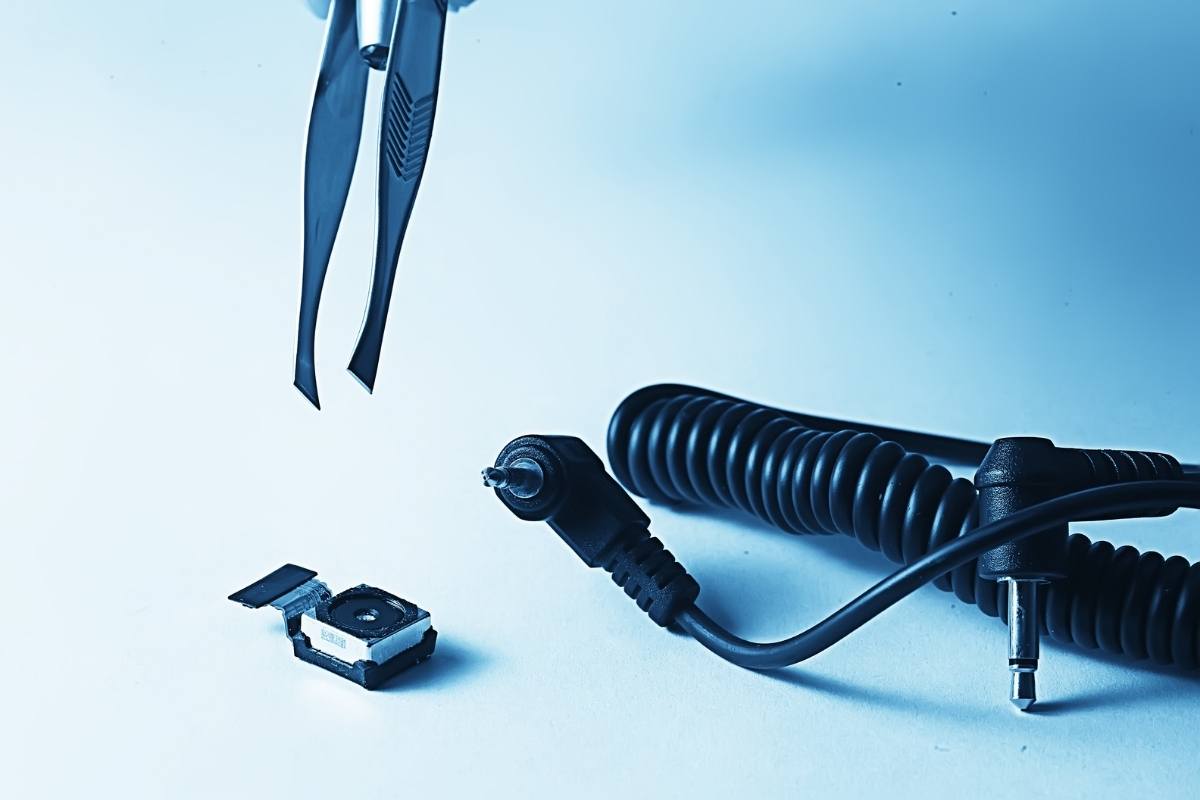 How do I reset my spy pen?

Some spy pens come with a reset feature that erases all previous recordings. Start by opening the battery compartment of your pen. You should see one or more small holes underneath the batteries. With a needle or pin, carefully push into each hole until you hear a click sound. This will reset your pen

How do I know if my pen is recording?

How do I keep my recordings private?

All spy pen cameras record in a hidden mode, making them great for protecting your privacy. There are two ways to protect your recordings: Encryption – With encryption, your recordings stay private by scrambling the data into an unreadable format that only you can decrypt. This secures the footage so other people cannot access it without your password. 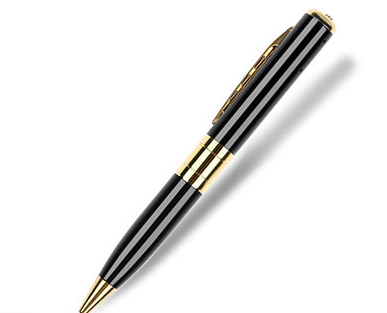 There are many benefits to using a spy pen camera. Some of these benefits include:

1. They’re easy to use – Most spy pens are easy to operate and come with simple instructions. This makes them perfect for anyone, regardless of experience or skill level.

2. They’re small and portable – Spy pens are small and can easily fit in your pocket or bag. This makes them great for everyday use, especially when you want to capture something interesting that happens on the fly.

3. They’re discrete – Spy pens are small and will not draw attention to you. People will be less likely to notice your pen since it looks like a normal pen. This makes them ideal for secret recordings and capturing important footage without being noticed.

4. They have a wide range of applications – Spy pens can be used for a variety of purposes, such as recording meetings, capturing conversations, taking notes, and more.

5. They’re affordable – Spy pens are generally affordable and can be purchased for under $100. Some pens even come with additional features like USB flash drives, mobile device compatibility, and more.

With a spy pen, you can easily record anything that happens around you without anyone suspecting a thing. Many people use these pens for business meetings and personal reasons. Regardless of your reason for buying a spy pen, make sure to check the features before purchasing one. Also, keep in mind that not all pens are created equal – some will have better video quality and audio recording than others. If you’re looking for a good spy pen, check out the USB 8GB Memory Pen Camera DVR. It’s one of our top picks and comes with several features like an inbuilt microphone and a rechargeable battery.